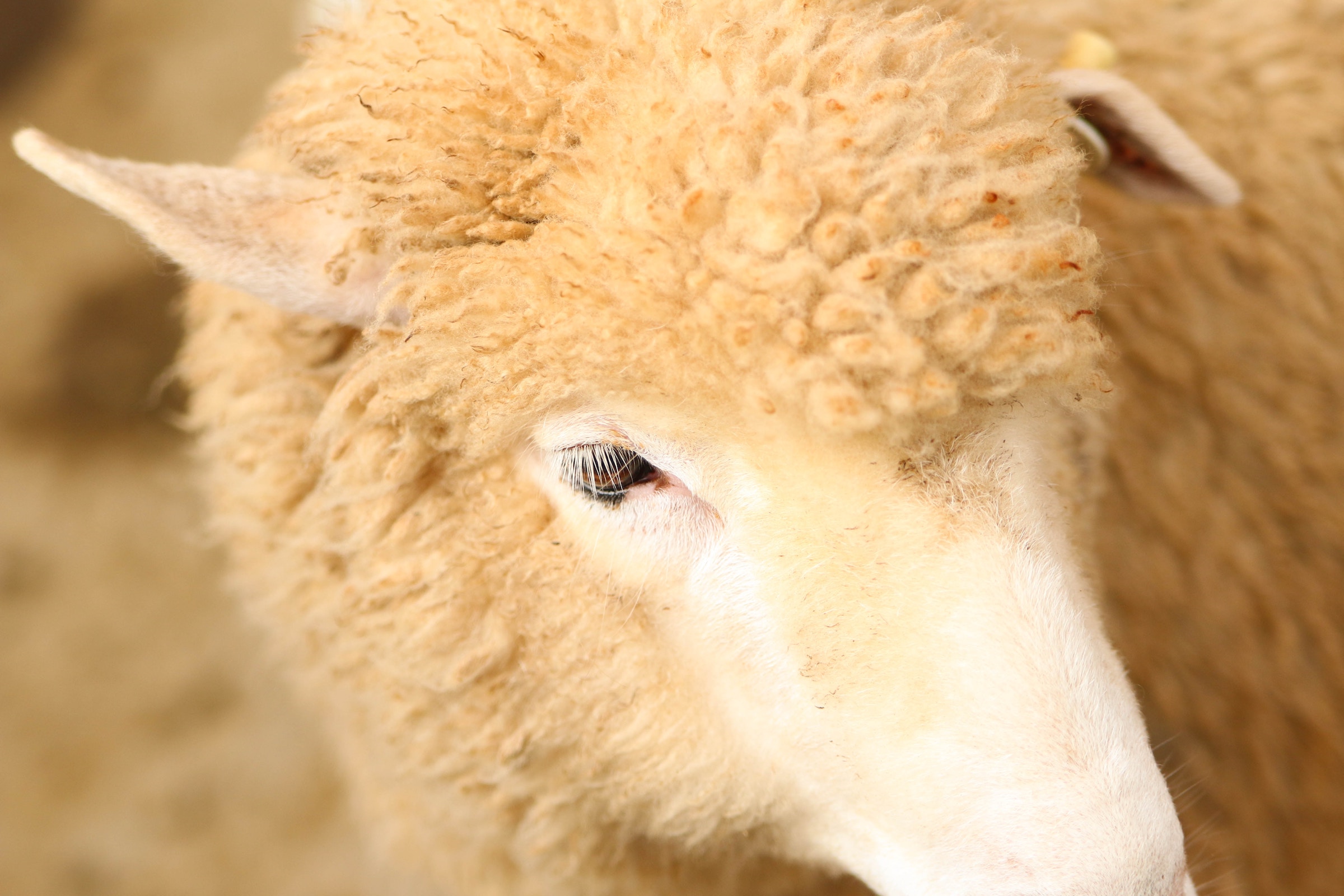 His name was Frank. In the poetry workshop we took together, he introduced himself as a cheese grater. Kitchen utensils was the exercise. I was hands. I kneaded and punched, but sometimes had a light touch. He couldn’t wait to sink his teeth into that hunk / of cheese. We became friends. A long time after that, we went hiking in the foothills of Boulder, and he confirmed to me he was gay. A little over a week later, I came out.

Frank was a school teacher. He’d gotten what was called an emergency certification from the State of Colorado, allowing him to teach elementary school with only a bachelor’s degree. He worked with kids in the fourth and fifth grades at a Catholic school doing art and writing. That was part of his charm. A big, woodsy, sun-skinned man with even teeth and a mind for Thoreau who spent at least part of his day sitting in tiny chairs next to children. Denim, flannel, the size of his hands.

I remember Frank’s hands. Wide and large, with stubby short fingernails. Reddish, for he had a bit of the redhead in him. I remember sitting next to him while he drove and watching him shimmy his hands to the music, like a tambourine. Smiling because he knew I was watching him. Fresh from the closet, I was fascinated by the size of his shoulders, the whiskers on his cheek.

Once, after a long absence, I remember him being excited to see me. “When we get to my house, I’m going to rape you,” he said with even teeth.

Newly out gay men make a lot of mistakes. Or, they used to. Today, children are coming out to their parents as queer and bi and gay and trans in elementary school—and the lucky ones are finding acceptance. But in 1995, “coming out” was still a matter for movies, books, and television. I came out only slightly before Ellen did. And when I came out, I thought I understood love. That’s the mistake gay men make. They think they understand love.

At the time, and still today, there was an unspoken tradition in the gay community. On an evening when we were heading out with people from work to the only gay bar in town, one gay coworker put it succinctly : “Let’s go get Sean jaded.” There’s an understanding that newly out men need an education. In the shallowness of love, in its quicksilver nature. Get your heart broken early so it doesn’t happen often.

And then, when your time comes, break someone’s heart so they learn, too.

My dog died with his head in my lap. At home. We’d brought in a vet who would do the procedure where Max would be most comfortable. A big, mysterious animal, Max was part-wolf. He had separation anxiety. He had huge paws that spread wide to walk on the surface of ice-crusted snow. And when the surface broke, he bounded through the powder with a puppy’s smile on his face.

As old as he got—which was not old enough—he remained a puppy. Dogs do. We protect them in our households precisely so they never have to face the dangers of the world, so they can remain puppies as long as possible.

Max was also ferocious. He protected his family without hesitation, one time breaking through a window screen to scare off something that prowled about outside. He was a runaway, too, and there was one evening when I found him, my voice hoarse from calling “Max! Max!”, that he had clearly been clipped by a passing vehicle. He was shyer about leaving my side after that.

Whenever I left, Max was never sure I would come home. He liked it better when he wasn’t alone. Wolves do. The world makes more sense in a pack.

Leading up to the day Max died, I paid him a lot of attention. I moved his dog bed onto the back porch so he could lie in the cool Portland sun and see the trees and plants and grass that he loved, but among which he was no longer hale enough to play. I said good morning to him every day. I said good night to him every evening. I petted him until he sighed, that way dogs have of purring.

I did so much of this because I would miss him. The dead need less care than the living they leave behind. But I also did this because I had sometimes been a harsh person with him. I was often at wit’s end with his separation anxiety. He demanded attention I was unprepared to give. Sometimes he wouldn’t eat. Sometimes he wouldn’t sit. Sometimes, he wouldn’t walk right by my side. I loved him desperately, and I was cruel to him too often. And I knew when he died I would no longer be able to make amends.

Dogs rarely need amends made. They offer forgiveness immediately when we need it.

When Max died, I grieved so the neighbor’s neighbor could hear. I never made such a sound before or since. This was the breaking of some part of my heart I didn’t know existed. Like pulling a muscle you never knew you used. The separation between me and Max could not be greater than when he lay silent and breathless under my hands. And he was never coming home. It was jarring when they took his body away. The living room empty.

Two students approached me in my office hours. I’d assigned them to a group with two other students, and they wanted to know why. It was an Introduction to Fiction workshop. I was only in my second year of teaching.

“The other two students,” they told me, using their names instead, “aren’t really dedicated to the project.”

“But you are,” I said. “And you’re both very good writers. Bring what you do best to working with the others.” We all rise and fall together, I wanted to say. I didn’t know if it was true. So I said, “Everything we do in this class is more about working together and helping each other than it is about writing. Because writing is actually about working together and helping each other.”

Dissatisfied with that answer, but inspired nonetheless with their charge, they went on their way.

There are no subject matters in school or at university if kindness is not at their root. Physics, philosophy, business, botany, writing, rhetoric. We are people, no matter our subject matter or expertise. And all people require kindness.

I’ve been thinking a lot about kindness lately. About its pedagogical value, its necessity to the work of education. In Teaching to Transgress, bell hooks says that education is a practice of freedom. Paulo Freire believed the same. These teachers and others (and myself) situate agency at the center of pedagogy and learning: agency being the knowledge of the ability to make changes to one’s world—and the restless dissatisfaction that inspires us to never accept things only as they are delivered, but to look past that conditioning to how things actually are. Agency is like the shakti of yoga, the caffeine of the mind, the flame of the imagination and soul.

And yet: agency without kindness is just bullying.

Agency isn’t about power. It is a resolution of power. When I operate with my agency, if I am doing it right, I am not preventing you from employing your agency. One of the most complicated things Freire says about agency is that the oppressed must free the oppressor. After all, it's far more likely, upon claiming liberation, that those formerly oppressed become oppressors themselves. The only way free of this—the only solution to the puzzle of liberation—is to free everyone from the cycle of oppression.

This, painfully, is done through love (kindness), not power. As Freire writes in Pedagogy of the Oppressed: “True solidarity is found only in the plenitude of this act of love, and in its existentiality, in its praxis.”

Teachers are people who are oppressed. They have been, since the time they read their first report card and realized they could fail, subject to the power of another. As they grow from students and children to adults and teachers, then, they turn to the advice given by their experience: oppress as you have been oppressed.

Teachers often look at new college students as needing an education in the ways of the world. Deadlines help teach students a work ethic, for example. Laptop policies force attention. Grades give students the harsh truth about fairness in the world. Turnitin and academic integrity policies remind students they are being watched.

Students, on the other hand, think they know something about learning, about themselves, about the world. Maybe that's a mistake they make. Because this thinking-they-know-something is too often tempting for teachers, who respond to it by breaking students in.

Break their hearts early so they don't get broken often. Or because our hearts were broken, too. Or worse, break their hearts because it saves us time. As educators, it behooves us to look at the ways we have been oppressed, at the ways we’ve been made to feel like we matter less than the material, the text, the institution, or the grade. And it likewise behooves us to consider how we reenact that oppression upon students every day.

An F would have meant he could take the class again and try for a better grade. A D just went on his transcript forever.

I took Max’s ashes to the woods. I said I was sorry. I told him I would come back and see him. I haven’t done that. Life gets busy, and Max is a ghost. Love is difficult when we are consumed with hours and details. When grades are due, when administrators are watching us, when we don’t trust our students, the whole idea of kindness feels like a privilege of leisure.

But if we are not kind when the time comes to be kind, we will make a mistake. We will educate someone in a way they do not deserve to be educated. We will control them, contain them, exert power upon them to make things easier for ourselves.

Kindness isn’t leisure, it’s the work we do. And we cannot make education a practice of freedom without it.

Humanizing Digital Pedagogy: the Role of Imagination in Distance Teaching

The point of any best practice or set of best practices should be to support community, collaboration, and respect in any classroom—online, on campus, or somewhere in between.

Reflections on Teaching through the Screen

Critical pedagogy aims to deeply question our epistemological assumptions—about teaching, about education, about power, about expertise—and while this can be exhilarating, it is almost never a picnic.