The recent, and seemingly sudden, closure of the Open Ed Conference at the beginning of its 16th meeting has opened the field of educational conferences to some important questions. As David Wiley, founder and organizer of Open Ed, writes in his blog post explaining the end of the event, the closure represents:

“a call to reset and start over. To go back to the drawing board–as a community–and critically examine all of our assumptions about conferences, to grapple with a range of ideas about how we want to learn from and collaborate with each other, and to talk frankly about our end goals and guiding values.”

Which is precisely what many of the attendees at the event proceeded to do. According to Inside Higher Ed, “some attendees circulated an open Google survey that asked participants for their thoughts on the future of the conference”; and a bevy of blog posts and responses (ranging from sympathetic to fatalistic to self-congratulatory) have predictably, and as they should, followed upon David’s announcement. In part, this could be a response to David’s call to “reconsider, as a community, how we wish to organize ourselves, learn from each other, and collaborate with one another.” Interestingly, out of the Babel of responses and concerns comes no clear solution, no clear sense of why, and—most importantly—no sense of a center to the open education community. Which points to whether there can, or should, be a center.

While Michael Feldstein argues for coalition building for the open ed movement, he also attributes the demise of its (arguably) most prominent conference to the movement’s success. “It is precisely OER's success and growth,” he writes, “that may have pushed this long-simmering problem to its breaking point.” In other words, the larger a community gets, the more diverse its membership, its goals, and its conflicts.

What was unique about the Open Ed Conference was that its primary preoccupation was a sign to which many people with many different perspectives could affix meaning. Unlike other professional conferences, where the goal is to present one’s research as a way to build reputation and curriculum vitae, and to make meaningful connections with possible collaborators or future employers, Open Ed situated itself at the center of a concern: how to proliferate open education—in the name of students, in the name of accessibility, in the name of innovation, in the name of entrepreneurship, etc. At the intersection of all these various branches of that single concern lives something political, something pedagogical, even something ethical.

Which is why when David—a cis, white, straight, male member of the Church of Jesus Christ of Latter-day Saints—selected a member of his own demographic and religion to keynote the event, he received push-back. And when a panel of publishers was selected to open the event in its 16th year, he received push-back. Because the increasingly diverse community of the Open Ed Conference not only brought their professional interests to the table, but their ideological ones, too.

Should an educational event entertain ideology? Should it acknowledge its politics, its pedagogy, its ethics? Is education in a state today where coalitions must be built, and to what end? Whose values—the organizer’s, the community’s, academe’s—should be at the center of any coalition, gathering, or movement? Who gets to say what’s important?

As an event organizer myself—and as a cis, white, straight-passing, male—I have to ask these questions all the time of my own leadership of the event I co-founded, Digital Pedagogy Lab. More often, what I find is that, if I listen, those questions are already being asked—and answers offered—by the very people I hope the event serves.

Sometime before her joint keynote with Chris Gilliard at Digital Pedagogy Lab 2017, Maha Bali wrote to me that, if I wanted to invite marginalized people to take the spotlight, I had to be prepared to let them change the very nature of that spotlight. The stage, the spotlight, the keynote itself, are symbols or approaches to teaching, instruction, performance, leadership that are grounded in a white supremicist, patriarchal, capitalist academic model that doesn’t just eschew the work of education done in non-white, indigenous, queer, and other communities, it is blind to them. The keynote both presumes the hegemony of the expert, and reinforces it. Asking someone who doesn’t benefit from white supremicist, patriarchal, capitalist academe to benefit from exactly that, under the auspices of generosity and representation, is just another way of centering whiteness.

When Jade Davis offered her keynote at Digital Pedagogy Lab 2018, she broke from the traditional format of speaker-to-audience and invited members of the audience up, to sit on a couch with her at the front of the auditorium, and to pose their hardest classroom problems. What followed was more akin to a consultation than a keynote; but the act of thinking during her presentation was more inspiring toward productive solutions than any number of words she could have written on slides, or research she could have quoted. She made the whole house into her classroom, and with care and consideration addressed real problems that arose from real situations.

Robin DeRosa offered a keynote in 2019 that was peppered with stories from students and educators, which were read by members of the audience. She gave away the stage imaginatively to people who could not be there, but whose voices were behind all our reasons for gathering in the first place.

I could go on. I could tell the story of how Naomi de la Tour addressed the unexpected death of Toni Morrison in her Digital Pedagogy Lab course, Education, Agency, and Change. Or how Amy Collier asked participants in her Design course to redesign Digital Pedagogy Lab from the inside out. Or how Sherri Spelic inspired movement and laughter while critically inspecting Digital Identity. Or how conversations about mental illness fit seamlessly alongside conversations about rubrics, grading, and OER in any room at the Lab. Or how every single year, I learn more about what Digital Pedagogy Lab does, and what it should be, from the people who lead it where it’s going: its participants.

As its director, those who attend the Lab are not my audience, I am theirs.

The problem with coalition building, with assuming that consensus is necessary for forward movement, is that it presumes some kind of unilateral (and usually white) future. If instead we work to broaden community, to widen our understanding and the conversations that will inform that understanding—if we stop being concerned about forward movement and instead dwell in spaces of possibility, of multiple possible futures—we find there is a place for everyone. Not a center previously guarded by academia, but a network with many centers, all rotating around and informing each other.

According to Mr. Feldstein, “The attendees [at the Open Ed Conference] were a mix of people coming with different primary and secondary goals that overlapped enough for them to make common cause.” A coalition. But I suspect he was wrong. What had been forming was a community—one with broad and diverse visions for what “open” means—and not a coalition. Not a single action, but many actions; not a clarion call, but a cacophony.

I see educational conferences like Digital Pedagogy Lab (and others: HASTAC, #RealCollege, etc.) as moments in time, gathering spaces for educators and students who, on the daily, are too overwhelmed with their work, their research, the balance of teaching, learning, and personal life, their concerns for the future of education, their ongoing and sometimes relentlessly necessary inquiry into educational technology, justice and equity, that they are unable to stay in touch with the community which, while diverse in its activity and approaches, supports them. For a time, Twitter provided some reprieve and support—on hashtags like #digped and #educolor—but that platform is now too perilous for too many. So, conferences, events, gatherings, these are the places where educators can sit down, take a meal, learn together, connect, re-connect, begin or continue collaborations, and more.

I recently wrote about Digital Pedagogy Lab that:

When Jesse Stommel and I first conceived the Lab, it was to try to fill a gap in learning and professional development that we ourselves had felt acutely as graduate students and new teachers. We started with a small idea.

And in some ways, the Lab holds to that. While there have been Digital Pedagogy Labs held in four countries, and while participants have come from six continents, the heart of the Lab remains small … So we try to imagine a pedagogy which begins someplace beyond understanding. A pedagogy we can approach as a toddler approaches walking: bravely, wobbly, experimentally, and entirely.

The Lab is a place where that brave, wobbly, experiment can take place—in the happy and challenging company of others. Unlike Open Ed, however, Digital Pedagogy Lab wears its ideology on its sleeve. Founded in the approach of critical pedagogy, the Lab is clear about one thing above all else: oppressive practice is a non-starter. It is not in the spirit of academic discourse that all voices are supported at the Lab, it is in the spirit of liberatory practice. The Lab has and will continue to reach for ethical ideals… And it relies heavily on those who attend and who participate to know what those ideals will be.

Digital Pedagogy Lab doesn’t claim to know any answers. But it does claim that the answers can be found in those who gather.

David Wiley is right. We need to critically examine all of our assumptions about conferences. How they are run. Who leads them. What kind of learning should happen there? Why are they convened? What is the gathering meant to accomplish? What is the pedagogy for conferences now, in a landscape where keynotes should be something more than talking heads, where organizers who are white and male need to cede not just the stage but the design of events to make way for new ways of knowing, teaching, and learning? Where expertise does not win the day, but a willingness to ask does?

Educational gatherings today must not be afraid of cacophony. They must not shrink at new knowledge. If they do, they very well may crumble. But if, instead, they open their doors, their windows, the very ceilings and floors of their conferences and events to the gorgeous genius of difference, then the community may never need to go back to the drawing board. Because, in fact, they never left it.

Image from Cathal Mac an Bheatha 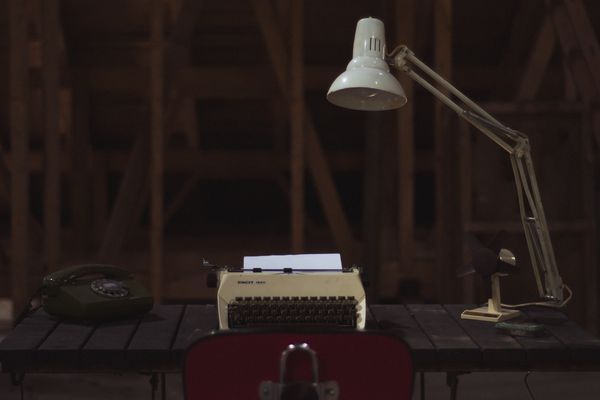 There are countless brilliant students who need the opportunity of school.