Shame; or, a response to the writers of the anti-Stonewall open letter in the Times

Academic freedom should not bind us to our beliefs, but should free us to explore potential new futures, new cultural realities, and to join in a production of tomorrow.

Academic discourse is not about silence. But let’s get something straight. If you are white, if you are heterosexual, if you are cisgender, your voice has been heard. By which I am not saying you should stop speaking. But by which I am saying that there are voices rich with experience and knowledge and capacity and insight that have not yet been heard. And if you say, “Well, let’s debate then,” and if you say “Well, join the fray of academic discourse then,” but you do not acknowledge that your megaphone is more resonant and your platform wider and higher than the voices of trans folk, or Islamic folk, or Black and brown folk, or indigenous folk, or disabled folk, or neurodivergent folk, or queer folk of any stripe, you are willfully blinding yourself to the truth.

Shall you enter those halls of history and reenact the biased, privileged debate about the right of others to be themselves? And if you will, shame on you. This is not what your educations were for.

According to the Cambridge Union, debate “allows us to consider the world around us by thinking about different arguments, engaging with opposing views and speaking strategically.” This, the signers of the transphobic open letter say, is what the Stonewall Diversity Champions program threatens: the ability of academics to disagree with rules mandating the fair treatment of LGBTQ+ students. Diversity training, they claim, threatens their livelihoods.

Put bluntly, calling trans people by their names and pronouns is suicide prevention. This is what diversity training provides for. We should be glad for the opportunity. And if teachers are unwilling to prevent the suicide of their students by joining them as allies in their work to be fully human, perhaps those teachers should consider whether they are built for classroom practice.

Academic freedom should not bind us to our beliefs, but should free us to explore potential new futures, new cultural realities, and to join in a production of tomorrow. What does a feminist debate look like? How do we queer a debate? What options to imperialist, capitalist, white supremacist patriarchy do we have? Only by deciding to allow to be changed our most hallowed, hierarchical traditions will we ever find out.

We do a disservice to ourselves by writing open letters like that one in the Sunday Times. We blunt our intellects, we stifle our questions, we remove ourselves from the production of tomorrow. We deny our own rights when we deny the rights of others.

Shall we instead decide that what is intellectual, what is scholarly, what is academic is brilliant with the voices of many, rather than the staid reluctance of a few who are afraid to change, who are unwilling to bet their careers on equity, who turn aside from the aggressions of history in order to let those aggressions thrive? Let us be educators who intervene, and who perpetuate the arc of history toward justice. 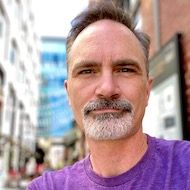